Our Board of Directors represents a cross-section of our community and has a passion for our organization and those we serve. The directors work hard to ensure long-term sustainability of the organization and oversee that the funds raised directly affect those in need. 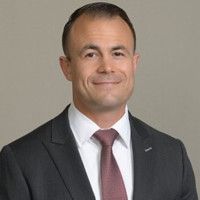 Dominic Fattore is Senior Vice President in the Commercial Banking division at City National Bank. Prior to City National Bank, he managed relationships in the Commercial Banking division at Wells Fargo Bank with specialization in the aerospace and defense industry. His career includes serving in the capacity of Commander in the United States Marine Corps and continues to serve in the Marine Corps Reserves. He has also participated in marathons in his spare time. Dominic holds an M.B.A. in Finance from the UCLA Anderson School of Management and a B.S. in Policy and Management/Political Science with a minor in History from Carnegie Mellon University.